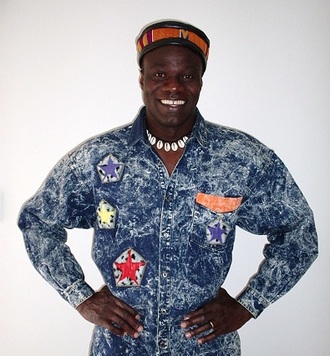 Ebenezer Allotey, popularly known as ‘Ebby’, was born in Accra, Ghana. As a little boy back in Accra, he used to sing at church services and later joined the Methodist Church Youth Fellowship. Singing at voluntary work-camps and local gatherings was one of his inspirations. After finishing secondary school, he joined a voluntary organization in Accra, and while at a camp he came across a volunteer from America (Kenneth Jones), who introduced him to the guitar. Kenneth gave him his acoustic guitar with only 2 strings on it as a gift when he was leaving Ghana. From this gift, Ebby taught himself with the help of some local friends how to play. He played with the following bands as a rhythm guitarist:


He recorded his first demo work with the Roots Anabo band (Ghanaian band based in Germany) whilst on holiday in Ghana, and then recorded another demo work with a local band by the name (Omanye Aba band). Both albums caught the attention of some African music lovers in Europe, who encouraged him to export his talent abroad. He left the shores of Ghana to join his family in London U.K in 1991. On arrival in the U.K, he played the guitar with the following bands:


He also played alongside some top London Ghanaian artists like Nana Aaron, Love Isaac, Bessa Simons and Rose Tetteh. In 1994 October, he released his first album “Baby Kaafo”, a smashing hit, which became the talk of the town in Ghana. His band's first live performance was at the Bull and Gate, Kentish Town, May 1995 in London. Since then the group has performed at various London venues, including: 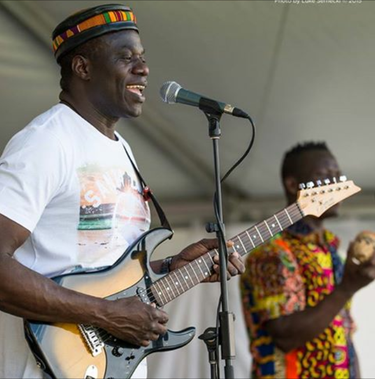 Ebby Allotey and the Afrikeeco Band were one of the leading Ghanaian bands in London during the period 1995-1998. In 1998 he released another smashing 8-track album with the title track “Eye Odo Asem”. He flew to his native land Ghana, Accra for a visit. Whilst in Ghana he was interviewed live on FM radio stations to talk about his career. After six weeks in Ghana, he migrated to Australia on the 24th of November 1998.

In 2002, he recorded a single album entitled ‘Beautiful Girl’ and an 8 track album ‘Under the Mango Tree’ in 2006. Ebby Allotey and the Afrikeeco band have been nominated twice (2004 & 2006) by the (AWESAM) South Australian Music Industry for the Most Popular World Music Act award. Radio Adelaide and Coast FM plays his music every now and then, and he has been interviewed on both radio stations live to talk about his life history and music. He has also given ex Prime Minister Bob Hawke a percussion lesson at the Adelaide town hall.

Since 2010, Ebby has has been teaching contemporary African music at the University of Adelaide once a year.

The band consists of six to ten musicians (depending upon size of venue) and plays music from Ghana (Hi-life and Afro funk), Zaire (Soukous), West African Reggae, and traditional drumming and occasional African dancing. A CD of his first, second and third albums can be found in the following public libraries: